Friendship and salvation, medium-length film Save it

If today shedding light on psychic disorders is a courageous operation, knowing how to do it with a respectful key to originality is a feat in which very few succeed.

Amira Duynhouwer signs the medium-length film Save it, which talks about depression and its consequences on anyone affected by it (children, adolescents or adults) using personal experience and the impact it has had on her life as an engine of the plot. In fact, as a teenager, the young Dutch director lost her best friend, who committed suicide following a violent crisis of depression.

Thanks to the talented, emerging leading actresses, Sara Afiba (who plays the author at seventeen) and Alisa Bloemendaal (in the role of her dead friend), she recalls her past, the memory of a time that made her happy, the awareness that made her a woman. 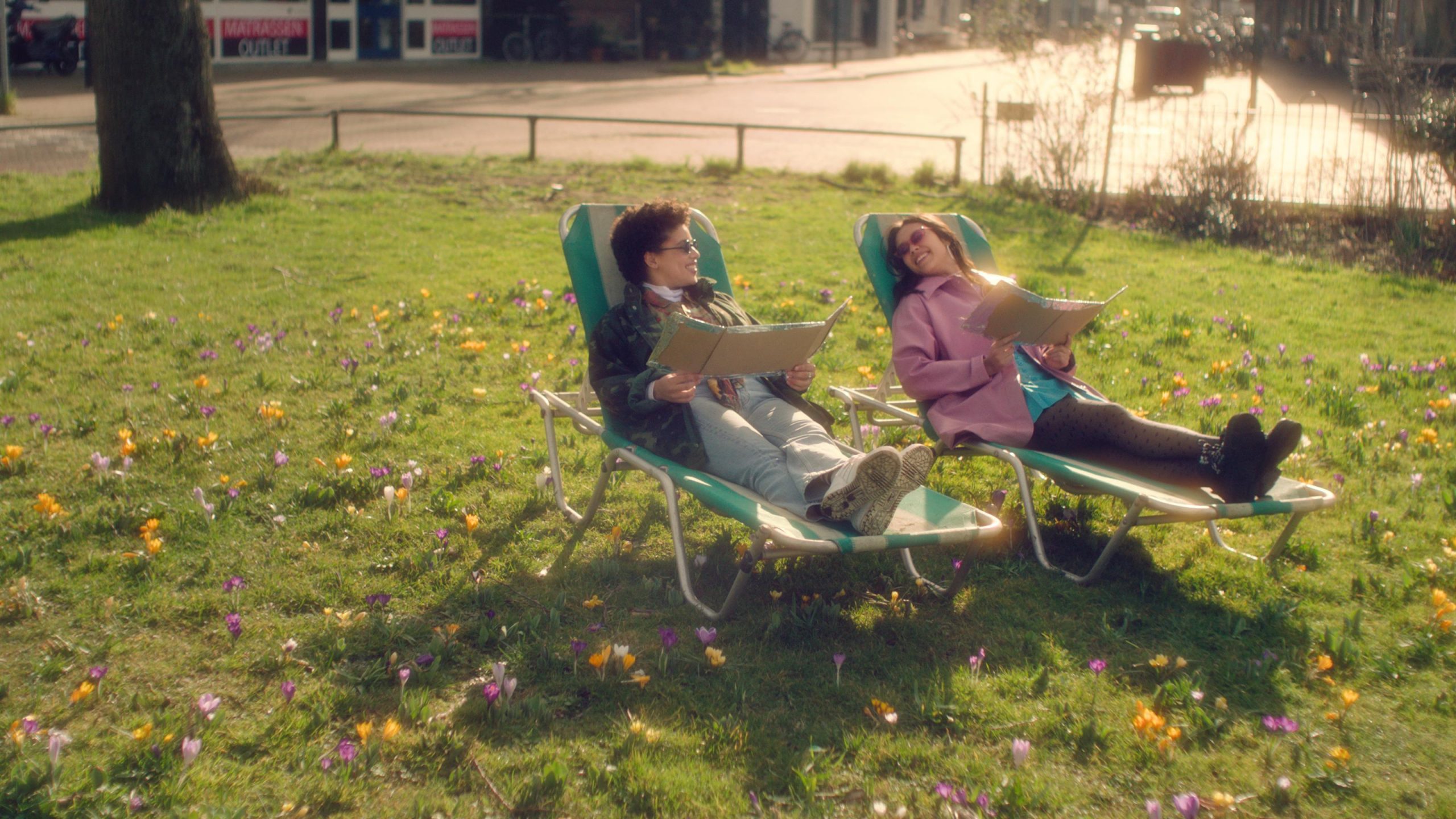 Delilah and Melanie are two teenagers linked by a deep and visceral lifelong friendship. Many words have never been needed between them; looks, laughter have always been enough to intercept each other’s thoughts. Like many teenagers, they love to dress casually, take pictures, make cool videos. Melanie proudly wears a fluorescent pink jacket (metaphor of life and light-heartedness), smiles, poses, and Delilah films her with a video camera showing pride and enthusiasm. Both appreciate and admire each other’s beauty and feeling so much that they are proud and jealous of each other. The bodies and soul of the two girls are intertwined, in symbiosis, they feed and complement each other. The scene in which Melanie is intent on getting her back tattooed with Delilah, is the acme of heartfelt and wanted girl power, which nothing seems to be able to suppress. A powerful play of light in which the pink of the nails blends with the blue of the clothes, and the dark brown of the eyes with the clarity of the skin, framing the two protagonists like in a painting.

“Looking like you is all I want,” Melanie says thinly to Delilah, who smiles back with a soft, reassuring smile. The beautiful shades used in the film create a smoothly erotic atmosphere, in which the physical and spiritual connection goes beyond any social label. Nothing seems to affect a solid relationship, giving up their journey together is out of the question. Only an invisible evil can insert itself between the two accomplices, destroying the common projects. One day Melanie calls Delilah, pushes her to come to a party but she refuses, complaining of a mysterious headache. But Delilah is worried, she understands that something is wrong, she decides to go to the bottom of it. In a touching dialogue between the two, the truth comes out: Melanie suffers from depression, she has always kept it hidden, no one has ever noticed. The director uses Melanie’s confession to inform the viewer about the silent nature of the disease, undetectable from those around.

How can that evil germ lurk in the purest hearts? How can a care free teenager, surrounded by sincere affection, perceive such a deep sense of loneliness and suffering inside?

The girl describes her condition as “a boat lost at sea from which you can’t see the mainland”, a huge chasm in which you only want to disappear. Soon comes the news of the suicide of a 17-year-old girl who died under a running train. As the feeling for Melanie has never been expressed in words, neither is the pain of separation from her: the protagonist is in fact depicted under a dramatic rain that floods her with the same water in which her best friend drowned. Yet what seems like the end for both, physical for one, spiritual for the other, is actually the advent of a dreamlike, utopic world in which there is no evil, but only hugs, smiles, finally freed from the presence of the disease.

Despite the obvious drama of the epilogue, Amira Duynhouwer’s work is a hymn to life, a window of light in a dark room, a concentration of grace and positive energy in which the bitterness of reality finds comfort in dreams. During her funeral, Melanie’s spirit appears next to Delilah: the two joke, laugh at the bizarre priest, nothing appears to have changed. Melanie didn’t die, she just turned into a luminous figure, an angel who saved and was saved by the immortal bond of friendship.

Despite having experienced the pain of loss firsthand, Amira Duynhouwer manages to overturn the perspective, converting a mournful atmosphere into a picture of hope, choosing art as a cathartic tool for redemption.

Master in Communication of culture and entertainment at the University of Catania. Martha is a communicator, cultural journalist and film critic.