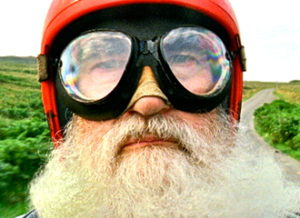 Jeorge Elkin depicts everyday life in a small remote village in the wild Scotish moors. But one day, a well-known TV star and cameraman arrive in town, and they’ll have to confront the absurd reality its residents live. This medium length film is an outrageous homage to madness and life, whatever it is they mean in Elkin’s universe.

Shy and reserved Jeorge Elkin moved from Norway to Scotland to study Film Direction. In a short amount of time his 34 minute long comedy has received the Public Award at Clermont-Ferrand Festival and the Talent Award at BAFTA.

Wind Over Lake is one of the films selected for the Official Section of the 5th Edition of Valencia’s International Medium Length Film Festival ‘La Cabina’.