During the cold Polish winter, a small town in Mazovia receives the visit of a regional prophet. Several of local, idle, bored teens decide to visit him, hoping he will reveal secrets of their future. When they find him, Juras will surprise them with his strange predictions. 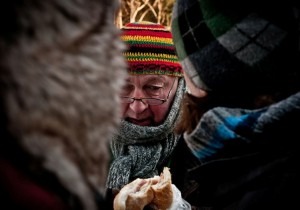 Before becoming a film director in charge of this bizarre tale, Wojciech Solarz worked as a theatre actor. In 2008 he directed his first movie, the short-film Tajemnica Alberta, that received several awards after its presentation in 2009.

Sir Juras and the Brotherhood of Junk Dealers (Norbert Juras i Syn, 2011) is one of the films selected for the Official Section of the 5th Edition of Valencia’s International Half-length Film Festival ‘La Cabina’.