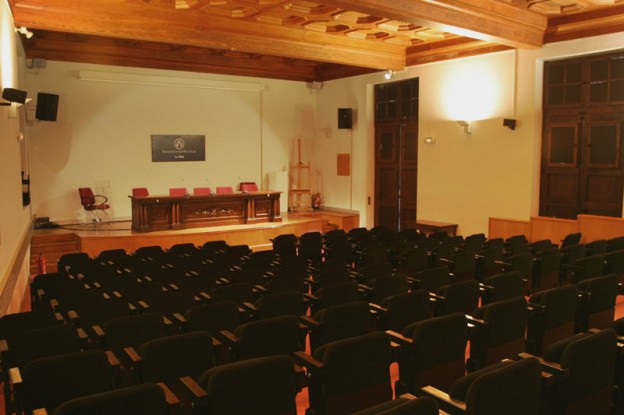 La Nau seats the central offices of the Universitat de València since it was founded in the late 15th Century. The building is a perfect example of Valencian neoclassicism with its architectural configuration evolving throughout these five centuries, and adapting to its different functions and infrastructure necessities.

The Film, Music, Poetry and Theatre Clubs can be found in La Nau. It also holds the headquarters of the Historical Library and accommodates the premises of all the university services dedicated to culture and patrimony, as well as several other services.

The building has a spacious main cloister, five exhibition galleries and a hall prepared for theatre performances. Starting with this 2013 edition, the Classic Film Selection will be screened at the Aula Magna of La Nau.