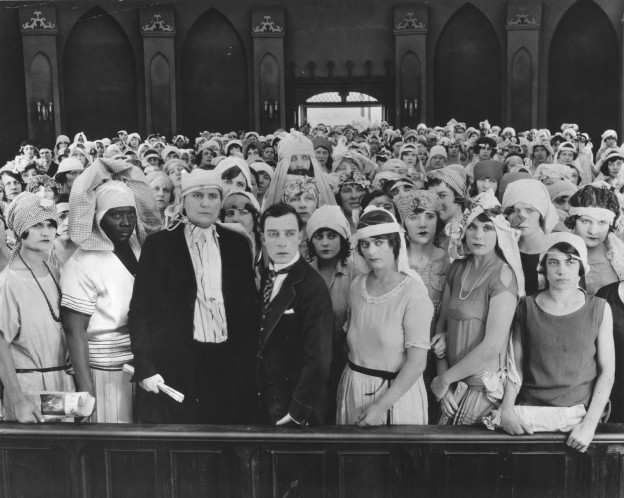 The 31st of October, the International Medium-length Film Festival La Cabina, Rivendel Restobar and the Public Library of Valencia, in collaboration with Mahou Beer, present this year´s last edition of La Cabina Classics which will also serve as a taster of the 2014 edition of La Cabina Festival that starts on the 6th of November.

The screening will take place on Friday the 31st of October at 8.30pm, in the esplanade of the Public Library, located at the Calle Hospital, and the movie selected to be screened is Seven Chances, a medium-length film directed by Buster Keaton in 1925.

The latest editions of La Cabina Classics (the screening of a medium-length silent film with live music) have been a great success with the audience, having sold out before the screening date. With this last date, La Cabina would like to show their gratitude to the audience that has attended the previous sessions, and present this year´s edition of La Cabina, which will kick-off on Thursday the 6th of November at La Filmoteca and will celebrate its closing session on the 16th of November at La Nau. 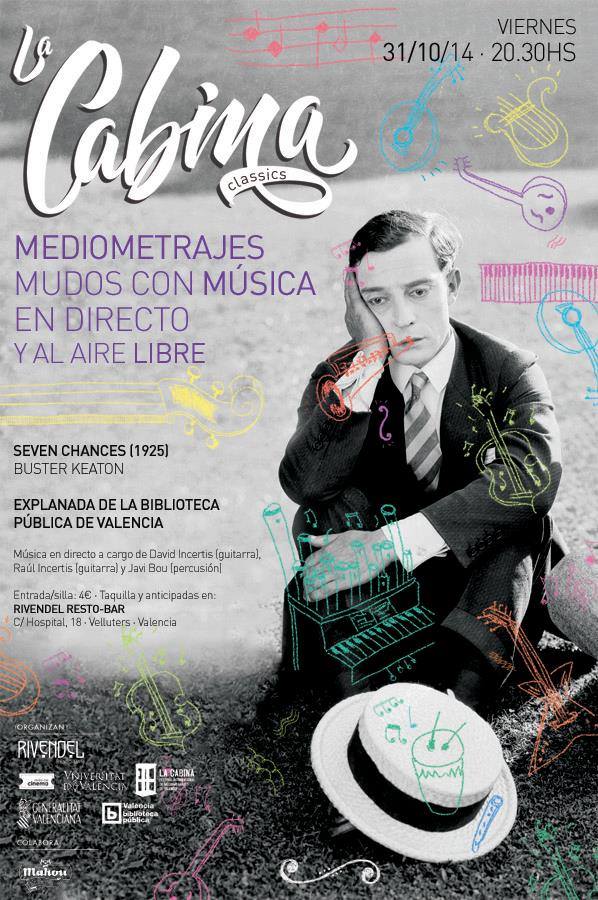