Ze’ev has been left by his wife, who has started a relationship with another man. Ze’ev, that has just turned 60, is not used to solitude and, after his wife’s departure, jealousy and memories take over him. But couldn’t this also be the beginning of something new? Isn’t there a faint thread of hope whenever something ends? 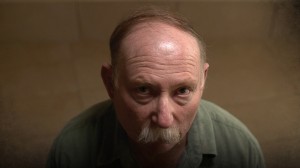 Menachem Edelman-Landoi was born in Jerusalem in 1982. He has studied at the Sam Spiegel Film & Television School. Edelman-Landoi has also been painting since an early age, is a member of the Israel Association of Illustrators, and his paintings have been exhibited in many shows and museums. Sudden Birth and a Wolf (לידה פתאומית וזאב), this 41-minute long medium-length film, is his directing debut.

Sudden Birth and a Wolf is part of the Official Selection of the 7th edition of the International Medium-length Film Festival La Cabina that takes place from the 6th to the 16th of November in the Filmoteca de Valencia.