‘San Cristóbal’, by Omar Zúñiga Hidalgo, in the Official Section of La Cabina 2016 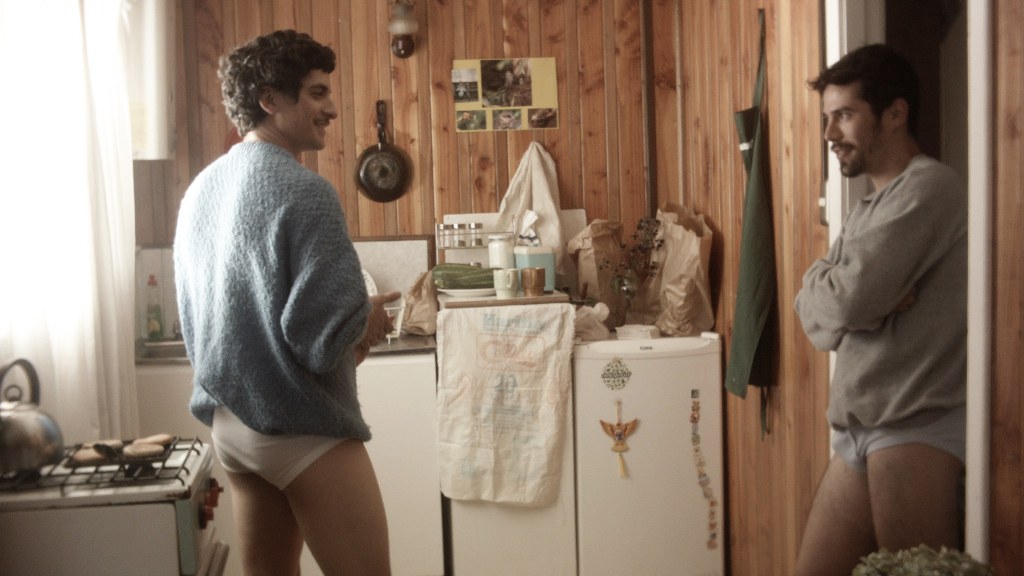 Lucas is visiting his sister on a remote island in southern Chile before moving abroad. An unlikely romance grows when he meets Antonio, a struggling young fisherman. The intimacy they share grows and will have to face the prejudices of a society that is still anchored in old taboos.

A new generation of Chilean filmmakers and artists are opening the boundaries of their culture thanks to a social awakening that has grown in the last couple of years by giving visibility to gender and sexual freedom, which had been hidden and secret for centuries. An example would be that of poet and Nobel winner Gabriela Mistral, whose homosexual orientation was kept secret even after her death, as if it were a criminal act. The writer’s foundation opposed any publication about her sexuality and even rejected having Mistral included in Juan Pablo Sutherland’s anthology An open heart: a literary geography of homosexuality in Chile (Sudamericana, 2002), one of the most in depth researches of Chilean literature and homosexuality up to date. Until 2009, Mistral’s homosexuality wasn’t officially accepted. However, in recent years something has been changing in the Chilean audiovisual panorama. One of its new representatives is Ignacio Juricic, whose 20-minute-long short-film Locas Perdidas, received the second Cinéfondation Award at Cannes Festival 2015.

Omar Zúñiga was born in Santiago, Chile. Due to his talent, he received several scholarships from the Ministry of Education of Chile to study at the New York University. He currently lives between Brooklyn and Santiago. In 2008, Zúñiga founded the Chilean film producing company Cinestación, where he produces his own films as well. In 2012 he participated in the filming of Tar (The Colour of Time) together with eleven other students from New York University. This film, which premiered in 2014, includes renown performers such as James Franco, Mila Kunis and Jessica Chastain, and follows the life of Pulitzer Award winner C. K. Williams through his poems.  San Cristóbal premiered world-wide in the 2015 Berlinale where it received the Teddy Award. Zúñiga is currently working on his first feature film, which will further elaborate the relationship between the characters in San Cristóbal medium-length film.

San Cristóbal is part of the Official Section of the 9th edition of the International Medium-length Film Festival La Cabina that will be celebrated from the 3rd to the 13th of November.