‘Late At Night’, by Thomas Devouge, part of the Official Section of La Cabina 2017 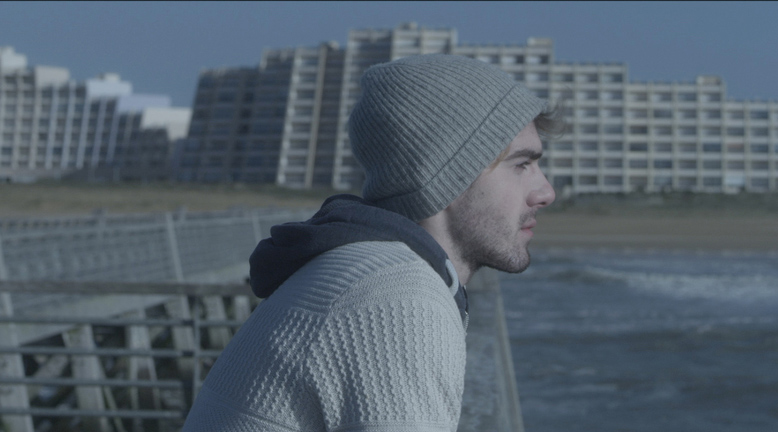 The beaches of Saint-Jean-de-Monts, a small coastal region of the French Loire, fill up with tourists in summer. But when fall arrives, its great hotels and luxurious spa-resorts become deserted. A situation which Leo takes advantage of to live far away from everything and everybody. Every night he sneaks into an empty apartment and occupies it until the sun ruses. One day, Juju, a friendly retired lady, finds him. A friendship grows between them and it might be the only thing that can soothe whatever it is that pains their hearts.

Youth ennui and old-age solitude come together in this absolutely contemporary intergenerational drama. A cocktail of pop culture, aesthetically linked with Xavier Dolan’s filmmaking, with 80s-inspired dancing, a closeness to the skin, out of focus reality and beautiful landscapes.

Together with its soundtrack, which includes a version of the popular Quand la ville dort by French band Niagara, the film remains in the subconscious, as would the melancholy for something that was never had by Thomas Devouge’s generation, and through which he proves to be a unique producer with a brilliant future.

Late at Night is part of the Official Section of the 10th edition of the Valencia International Medium-length Film Festival La Cabina, which takes place from the 16th to the 25th of November at the Filmoteca de Valencia.