‘Tikitat-a-soulima’, by Ayoub Layoussifi, part of the Official Section of La Cabina 2017 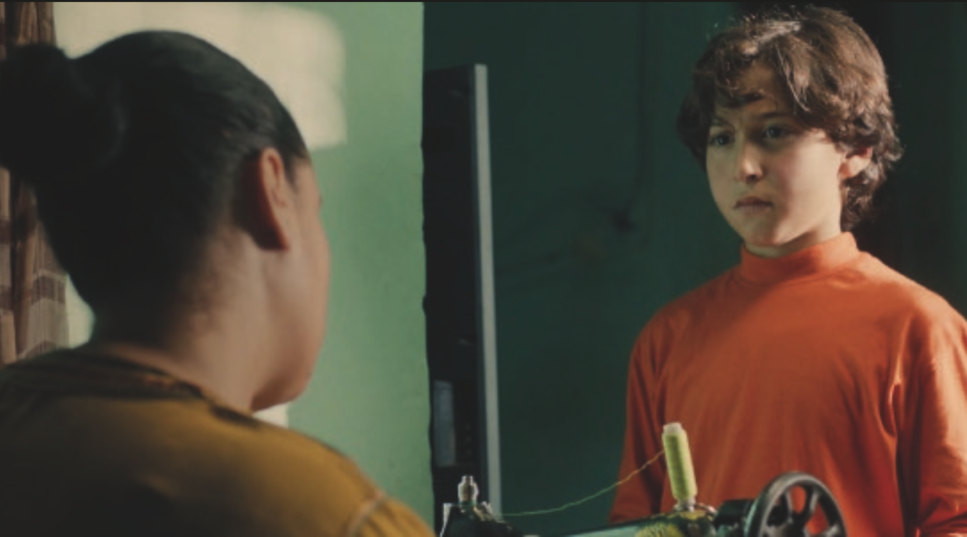 Hassan has seen ‘Spider-Man’ three times, he knows it by heart and he loves it. When he finds out that ‘Spider-Man 3’ is going to be projected in his home town cinema, he decides there is no way he is going to miss it. Everything else seems to conspire against him: he has no money, his mother refuses to give him any, his friends can’t lend him any and there will not be any other chance to watch the film… as it will be the last screening in a movie theatre that will close the following morning.

In Azemmour, a city of 40.000 inhabitants, located on the Atlantic coast of Morocco, the last movie theatre closed its doors a decade ago. It is the movie theatre that Ayoub Layoussifi portrays in ‘Tikitat-a-soulima’, but it is also a reflection of hundreds of movie theatres that have been closing throughout Morocco lately. To them, the director dedicates this hopeful story.

‘Tikitat-a-soulima’ is a beautiful fable that the director and actor co-wrote with Hadrien Krasker. “This sad reality marked the beginning of our friendship”, he commented in an interview he gave when presenting the film at the prestigious Clermond Ferrand festival. “In Morocco, movie theatres are closing, one after the other. Following these stories, we found Azemmour that, for us, represented the city with no movie theatre.” But it is not the only one: “Only 30 years ago there were 280 movie theatres in Morocco. Currently, there are 37. It is shocking, and something should be said or done about it, right?” reflected the director.

That is exactly what this medium-length film does, building a discourse from the point of view of a child, to display what filmmaking means and the cultural loss that its disappearance entails. Hassan, much like Totó in Giuseppe Tornatore’s ‘Cinema Paradiso’ doesn’t like film for film’s sake. For him a projector, a screen and a dark room are much more than simple entertainment. They are doors to imagination and experience. Tools for the future that ‘Tikitat-a-soulima’ shows us how to value.

‘Tikitat-A-Soulima’ is part of the Official Section of the International Medium-length Film Festival La Cabina, celebrated from the 16th to the 25th of November at the Filmoteca de Valencia.